Updated January 2020:
​
Mairi Budreau grew up on a hobby farm forty miles north of Toronto, Ontario, Canada. She was the youngest and only girl of five children. Her father owned a lithographic printing business and he brought home a wildlife print by Canadian artist, Glen Loates when she as seven. This was the first art impressed upon her memory.

She met Group of Seven member, A.Y. Jackson in 1970 when she was nine years old and fell in love with the idea of painting in the wilderness.
​
The family moved to Huntsville, Ontario when she was 15 and she spent holidays paddling the lakes in nearby Algonquin Provincial Park. A parallel interest with painting was photography. She was 17 when awarded first prize at the local photo club for a pine stump portrait.
She worked for Lyle McIntyre, M.P.A. F/PPO M. Photog. Cr., for a summer and had some training in colour darkroom printing.

In her 20’s she was a private contractor in Algonquin Provincial Park and pursued her interest in painting influenced by Robert Bateman. She met Bateman in 1986 and he provided her first critique.
Budreau was 30 when she moved from Ontario to Vancouver Island, BC. There, she met William Kuhnley Jr., a Nuu-Chah-Nulth Native Artist and worked as his informal apprentice for three years. She learned Native design, carved totem poles, bowls, spoons and painted drums primarily in Haida design. When Kuhnley left for his apprenticeship with Robert Davidson, Mairi lay down the carving tools and focused on realist portrait drawing.

She was the first non-Aboriginal artist to be exhibited at The Gallery of Tribal Art in Vancouver, BC with a solo exhibition of First Nation Artists portraits in pencil, including Bill Reid Haida, and Chief Walter Harris Gitskan, in high realism. These portraits were later exhibited at the Queen Elizabeth Theatre, Vancouver.
In the next few years Budreau filled drawing commissions from Germany, the U.S. and Canada and became a drawing instructor for many private students in addition to being a drop-in drawing instructor in public schools.

Inspiration for the Indigenous focus came from her compassion for the devastating effects of Colonialism on First Nations people. She felt compelled to give back, to honour them  and speak up about the virtues of their culture almost lost.
This inspired her largest work, a precisely drawn replica of a Haida totem pole 8 meters tall. This work remains in Budreau’s private collection.

In 1998 her interest in visual communication led to film production. She graduated from Vancouver Film School in 2000. Notable among the several film productions she worked on was Associate Producer and key researcher for the Rosie award winning Documentary Film, Lost Nuke.

Mairi’s photography received four Honourable Mentions from the Professional Photographers Association of BC in 2004 with images of nature and connection with First Nations.

In 2007 she graduated with a Graphic Design Diploma from Thompson Rivers University, and was employed by TRU in the Marketing and Communications Department for six years.
Independently she self-published a photo journal for the tourist market called Budreau's Kamloops and Region that quickly sold out and a second edition was printed.

In 2008 Budreau began the study of colour in acrylic painting.
The following year she earned Active Status Membership in the Federation of Canadian Artists. She expanded into the more complex methods of oil painting and hand made canvas panels.

In 2013 she produced a solo portrait exhibition in oil of Kamloops celebrities including Hockey’s Stanley Cup champion Mark Recchi, and the first Aboriginal Member of Canadian Parliament the Honourable Leonard Marchand MP, the show was a near sell out.

Ten paintings of male nudes she entitled “Manscapes” represented Canada in the Agora Gallery in New York in 2013, and in 2014 an artwork was exhibited in London, UK.

Her life and artworks have been featured in Arabella Art Magazine plus numerous publications in Canada and the US.

Currently, 2020 Mairi is painting most every day in her studio, teaching drawing and painting to private students where she lives in Kamloops, BC, Canada. 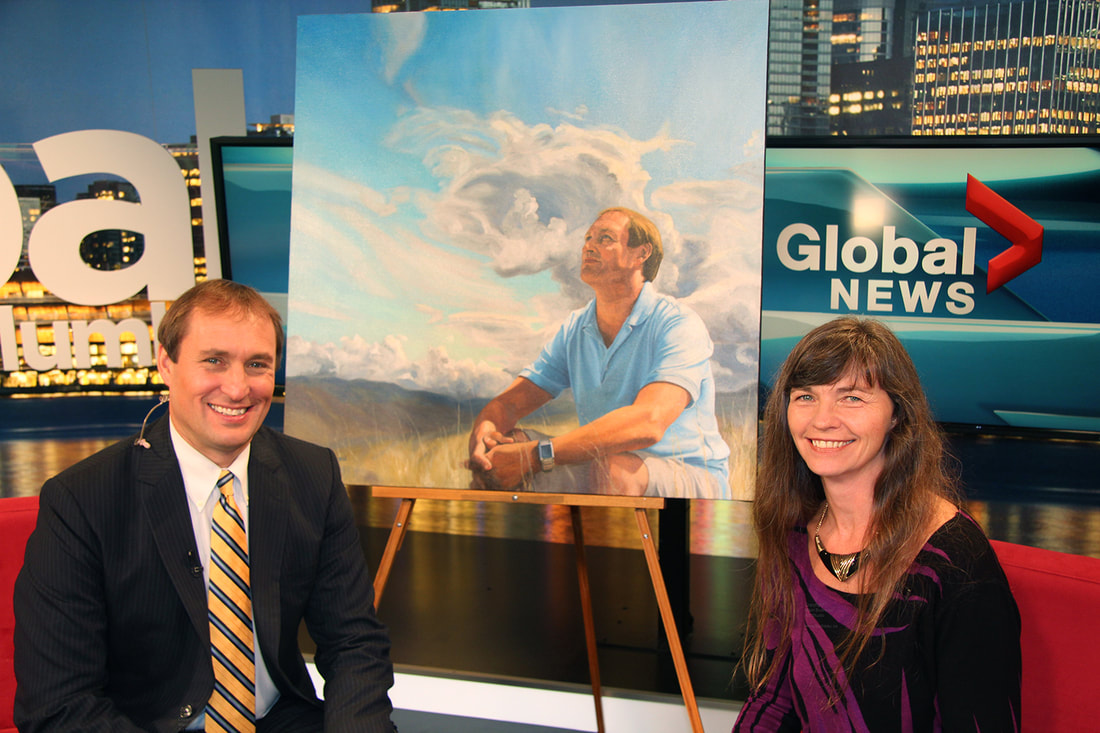